Here is a look at the top ten college football teams according to pre-season AP poll for the 2019 college football season:
The idea behind this theory is that we will catch betting value fading these teams, because the casual bettor is going to want to back them. The other idea is that the AP poll is not ranking these teams on a betting strength. Vegas will set numbers, and often disagree with these power rankings, and that is when the public feels like they are getting a great deal, or sure thing. We can recognize those betting patterns to our advantage. I dug deep on this over the last 7 years to see how the pre-season top 10 did overall, and then narrowed it down into different categories where we could really take advantage. 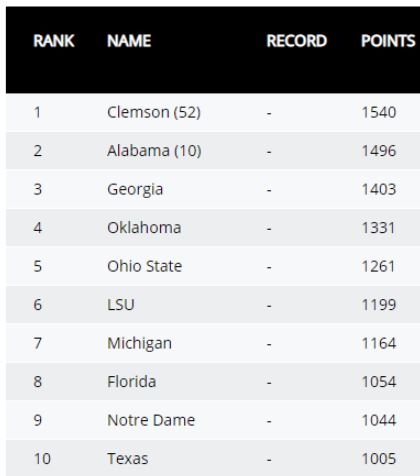